I walk, in cities, in countries, that I know, or that I do not know.

I see people looking at me, friendly or hostile, or indifferent.

I look at them, I cross them and I want to keep something of my encounter with them. Them whom I will probably never see again. Them who speak or do not speak the same language as me.

In the early 1980s, in Shanghai, it was a young man who thought he could communicate in Esperanto with us. We, who came from elsewhere and who, more familiar with English, did not even know the basics of this international language.

However in China, the photographer-photographed relationship was a widely used game and, despite the lack of a common language, the foreigner could easily slip into it, as long as he did not pose as a voyeur but accepted exchanges of information. looks and smiles.

Elsewhere the photographic gaze is sometimes more difficult. I see you, I cross you ; I want to keep track of this experience, an image of you. But would I dare? I fear that I will be taken in the wrong way. I hate stolen images, which are said to be taken on the sly. I would like my image to be a link. Of course a tenuous and ephemeral link, that in a tiny portion of a second where the subject makes the photographer hear his agreement to let him take his image, to impress his film.

Impress was the word, that of the film, made of cellulose and silver salts. With digital, is the question really different ? Instead of waiting for the authentic moment, we now have the possibility of strafing in the hope that the right image will emerge. Yet the production of an image remains much more than the production of a mass product. It is above all the story of a relationship, of an encounter between the photographer and his subject.

At least I want to remain there. 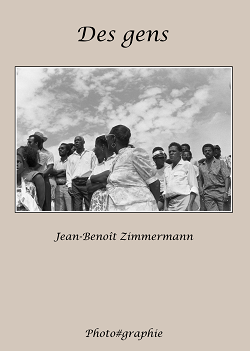